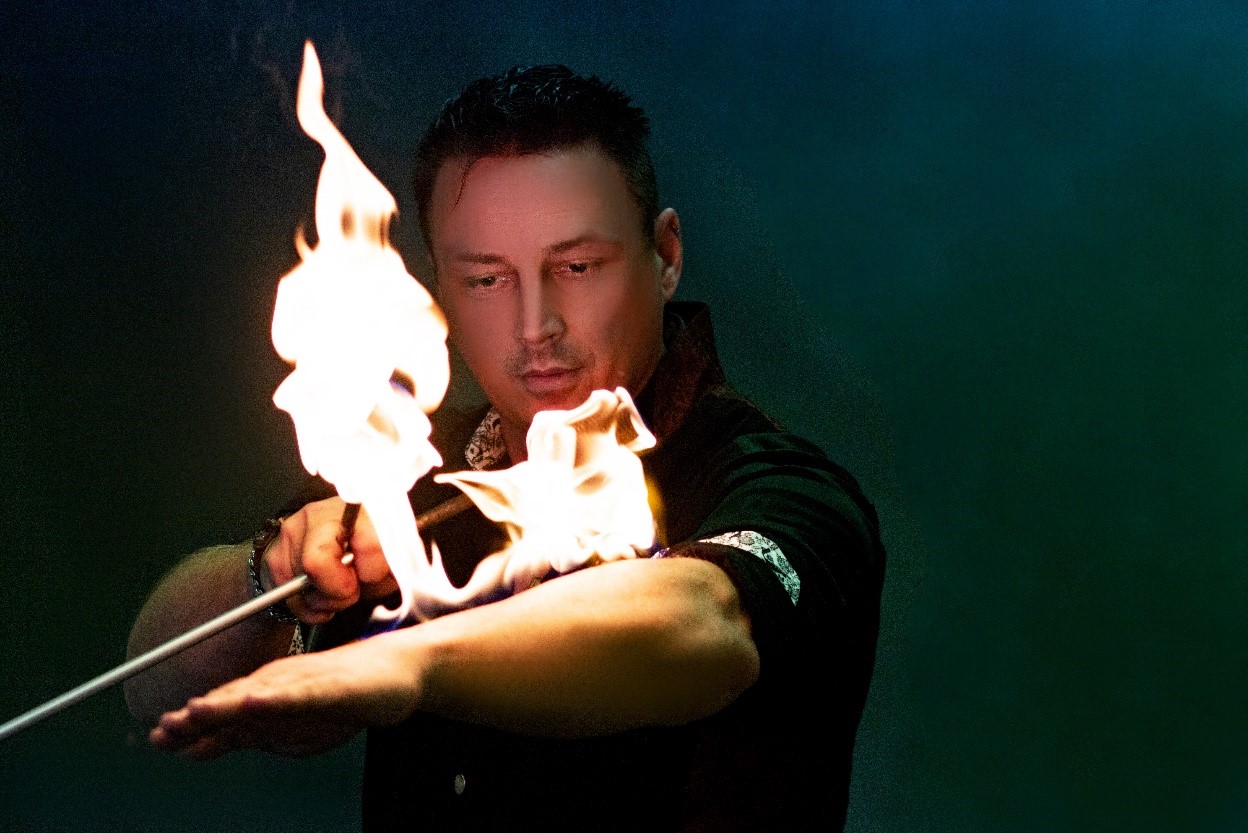 1. relating to sensation or the physical senses; transmitted or perceived by the senses.

2. a person who performs tricks that deceive the eye; a magician.

I often have people ask me, “Exactly what is it that you do?” or “What’s the difference between a magician and an illusionist?” or my favourite, “What on earth is a Sensory illusionist?” Well, if you are nodding in agreeance right now, stay exactly where you are and I will explain…..

So, is there a difference between a magician and an illusionist?

There are some differences for sure, but not a huge difference. When I was a fire fighter, I started out as a volunteer officer for RFS Rural Fire Services and then moved over to a paid role as a fire fighter for QFRS Queensland Fire and Rescue Service. I was given more roles and responsibilities in this position then that of a volunteer. However, both were equally important, and both had duties relating to fire and rescue.

Now, I know you didn’t come to my website to learn about the different levels of fire fighters but bare with me. Being an illusionist means more roles than a magician and can include larger stage props and more detailed routines. However, they are both performing artists invoking wonder and mystery at the end of the day.

Being a sensory illusionist for me takes magic to another level. My magic can be performed for both children and adults, in fact people of all ages, races and cultures. Whether I am in character as Drace or Aussie Magician, or whether I am performing at a formal VIP function or a casual back yard kids’ birthday party, my audience will experience magic using all their five (or is it six?) senses. The idea of having my audience taste, touch, smell and hear the magic- in their own space, in their own hands takes the experience to a whole new level.

Imagine seeing, hearing and smelling an object to nothing then reappear intact. Or imagine seeing fire turn into a piece of ice right before your very eyes. This is sensory Illusions at work. You see it, you smell it, you hear it you feel it. But it’s just not so. Using elements like fire, air, earth and water is what really takes the sensory part of magic and illusions to a whole new level.

And yes, I believe our sixth sense is just as important as our other five. At times I will invoke a person’s sixth sense… their gut feeling and use it to create the real magic.

One Thought on “WHAT IS A SENSORY ILLUSIONIST?”